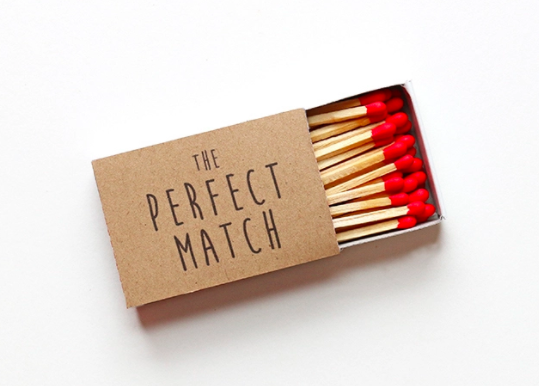 We are not that bothered by ads, as it turns out. Not even millennials (as long as they are not longer than 15 seconds). Research reveals we can tolerate a moderate amount of ads – and companies like Hulu understood this some time ago, by offering a limited ads type of membership for a lower price and therefore becoming able to tap into the advertising revenue stream. The advantage to both consumers and Hulu wasn’t small: subscribers pay less for the same content (including originals) in exchange for a reasonable amount of ads, and the company can utilize advertising revenue to subsidize its content acquisition or boost profitability overall. In music streaming, the real trailblazer was Spotify, that started offering the tiered membership even earlier: free with ads, paid with no ads. It’s as simple as that: in either case, if you own the app, you own the data. How you manage the data you collected though it’s a whole different game.

Another fact is that subscription based models are not financially sustainable in the long run, especially if the streaming company wants to produce its own originals and pay famous creative talent for exclusive shows (the news of Ava DuVernay signing a 100 million dollar multi-year deal with Warner came out just this week, and it’s the last of a long series that includes Oprah, Ryan Murphy and the Obamas signing with Apple and Netflix). Therefore the introduction of ad-supported membership, alongside the no-ads, paid one, is becoming a mainstream strategy. By combining the power of the advertising technology to track viewer’s behavior and the revenue generated by selling the ad placement, streaming companies can ensure longevity in an environment that has rapidly closed the door to new entrants – too many barriers at this point – , and left an open battlefield for those who are still in the game. Also this week, YouTube started rolling two consecutive ads for each intermission and pulled back on original content: the two facts are not isolated, clearly, and signal a strategy shift towards ad dollars rather than paid membership and open competition with Netflix for original content.

Linear TV has been tracking viewers’ behavior for a long time. The way it’s been done, however, was through small focus groups and surveys administered to a certain numbers of viewers, with a consequent margin of error that made the data only relatively reliable. You could guess the impact of your ad campaign, but you couldn’t really analyze it. While panels are still valuable for qualitative data, the fast, precise and scalable amount of information must now come from census-based measurement, focused on impact. A comprehensive panel+census based approach is the key to success for any AVOD (advertising based video on demand) streaming company, large or small, embracing this model. Also, today the same ad measurement technology can be employed for both TV and digital video. The result is that viewers behavior can be tracked from the impression (impact), regardless of the medium, and all the way to the intent of purchase.

In the past few months I have come to realize there are two big trends at the intersection of advertising and digital TV:

Digital video publishers have tried to run their own analytics for a while but so far only Netflix has managed to keep it that way, consequently being able to maintain ownership of its own viewing data. All other companies use third party providers to collect and manage data from their viewers. Attribution technology is under constant improvement and so far the full circle of collecting, processing and delivering the data has taken days or weeks, and this delay has significant impact on the effectiveness of an advertising campaign.

ACR – automated content recognition – is the real game changer here. It allows publishers to collect impressions in real time, process and deliver data the same day so that decision makers can impact consumers’ behavior at the right timing. A company like Inscape is entirely focused on developing ACR technology. Inscape collects large scale, device agnostic data from Smart TVs – itself a market that is projected to reach 300 billion dollar in global revenue by 2025 – plus all types of connected devices such as cable boxes, DVRs, set-top boxes, OTT devices, gaming consoles. The data is collected from the glass and processed right away, in a fairly complete mechanism because it can be collected for both real time and “time shifted” watching modalities.

Fewer and better targeted ads are the goal.

Months ago I was at the Tv of Tomorrow show in San Francisco, organized by the awesome Tracy Swedlow, and I met representatives of companies that are truly changing the advertising world in a remarkable way. One of these is Brightline. In conversation with Brightline’s CTO Manny Berrios, we discussed how, by combining its technology with the data received from multiple streaming apps and devices, Brightline is able to display addressable ads for viewers of all the largest streaming companies and linear TV in the US, including Hulu, NBC Universal, Tubi and connected TV platform like Roku (Brightline partners with over 80 media companies). In addition, Brightline is able to track behavior in real time to the intent of purchase: built on a series of microservices on each of the largest cloud platform, Brightline can manage data and capture viewers’ behavior so that ads can immediately be re-targeted. On top of that, Brightline creates also enhanced ads that allow the viewer to interact with the brand when the viewer is more receptive. As the streaming landscape evolves and more companies go ad-supported, one can only imagine companies like Inscape and Brightline expanding their own market share thanks to the technology they built. This truly is a match made in heaven. If the results, incidentally, is also that the consumer pays less because most content ends up being ad-supported that’s even better. This article is not sponsored by any entity or organization. As always, thoughts expressed are mine and reflect highlights of my experience, including companies that impressed me as an analyst of the streaming landscape.